Don’t believe it. Research the information Because you won’t know just by being told.

The so called blacks, african americans, people of color, black americans, afro americans, negroes, coloreds, etc have a Nationality. And we are Moorish Americans. Descendants of Moroccans, and born in America.

I have heard the phrase “Moor means black” from many different people. And not just by people with videos on YouTube. I’m talking about scholars, elders, and even Master Teachers echoing this statement. But is it accurate? Is it right and exact? Is it the TRUTH? Let us find out!

According to science, historical evidence and information, the answer is clear. But even if all of the evidence presented is not enough, just ask yourself this simple question:

If ‘Moor’ MEANS ‘black’, what would be the need for the term “blackamoor”? Isn’t that saying “BlackaBlack”, if Moor means black?

C’mon family. Let’s be honest. We see and know that Moor does not and cannot mean black.

For MOOR information, please check out these links:

The time is now!

Standards for the Classification of Federal Data on Race and Ethnicity for the u.s. government

I want you to read closely the definition of “BLACK” and “WHITE”. Then ask yourself, since when did “white” people originate from North Africa? And one more thing….Isn’t Morocco and Moors in North Africa?

RACE AND ETHNIC STANDARDS FOR FEDERAL STATISTICS AND ADMINISTRATIVE REPORTING

This Directive provides standard classifications for recordkeeping, collection, and presentation of data on race and ethnicity in Federal program administrative reporting and statistical activities. These classifications should not be interpreted as being scientific or anthropological in nature, nor should they be viewed as determinants of eligibility for participation in any Federal program. They have been developed in response to needs expressed by both the executive branch and the Congress to provide for the collection and use of compatible, nonduplicated, exchangeable racial and ethnic data by Federal agencies.

The basic racial and ethnic categories for Federal statistics and program administrative reporting are defined as follows:

When you look up Moor in the dictionary, it will connect to Berbers, Moros, Arabs, Moroccans, Saracens, Muslims, Jews, and Islam. And if you do the research on those other identities and their history, it ties you into the Egyptians, Mauritanians, Moabites, Atlanteans, Lemurians, and Muurs. These are specific Nations, people, cultures that you can trace and follow in detail.

When you look up “black” in the dictionary, after reading past the negative meanings of the term black, and dismissing the fact that it is a adjective and not a noun, AND overlooking that the etymological meaning of the word black is pale, black will connect you to the enslaved Negro race from Africa. This is very generic. Africa is an entire continent, so what Nations in Africa? What languages did we speak? Do you have any dates that we can trace and follow along? Do you notice how identifying as “black” can disconnect you from your history?

So the question I have is this. Based on the definitions and it’s connections to other great cultures and people from History, why not be a Moor? What is negative about identifying ourselves as such? What are we afraid of?

MOS Editorial: Nationality is the Order of the Day

Earlier this year, my Father put me onto this presentation by Professor Jacqueline Jones (University of Texas). She was speaking about her book entitled “Slavery and the Myth of Race” on the network CSPAN. I urge you to view the full presentation, as it reveals alot of very important information about our history:

After watching the presentation, I personally felt obligated to reach out to Professor Jones. I wanted to thank her for the truth she was putting forth about Our people, but I also wanted to see If she would address the nationality component of the so called blacks aka african-americans. Below is the message I sent to her and her response. I humbly ask the reader (Yeah, you!) to pay close attention to the words I use in my question, as well as the words used in the Professor’s response:

– My message to Professor Jacqueline Jones –

First and foremost, thank you very much for all you have done, are doing, and will do.

I am listening to your presentation from C-Span and I greatly appreciate the truth being conveyed.

I have a question that I would love your input or perspective on.

Something I find very puzzling is how most other groups of people have a national name. Irish for those from Ireland, or Japanese for those from Japan, English from England. Blacks have no nation to link back to, and African-American links back to two distinct Continents.

Do you know What is the nationality or National name of the “blacks”/Negro or African-American?

Thank you very much for your perspective.

Have a great day.

Thank you for your message.

Certainly in early American (colonial) history people from Africa were known by their cultural or ethnic group—Ibo, for example– and not by their continent(s) of origin.

Gradually ethnic identifications dissolved and “African American” became the common signifier.   And “black” and “person of color” came to signify descendants of slaves.  I certainly agree with you , that these signifiers are confusing and ultimately historically inaccurate.

Now I must show love and appreciation for her acknowledging for the record that calling ourselves “African American”, “black”, or “people of color” are not only confusing, but HISTORICALLY INACCURATE. We must let go of these things that do not accurately identify us as a people. Because in our confusion, we have also become divided.

That being said, now it’s time to get to the nitty gritty. If you notice, my one and only question to Professor Jones was regarding the Nationality or National name of the so called “blacks” or “african-americans”. Professor Jones’ reply did not include the term Nationality once. She used terms such as “cultural” and “ethnic” group, “continent of origin”, and “signifiers”, but why no mention of Nationality? 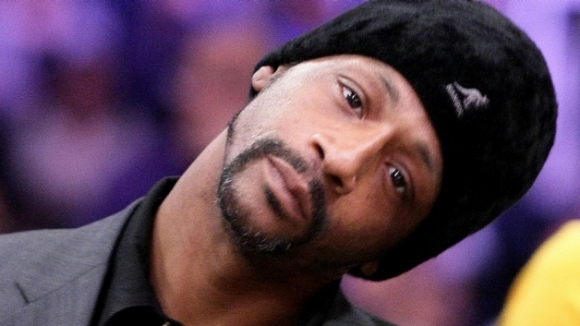 I have my suspicions as to why she did not mention nationality, but truthfully, it’s no need to speculate about that. And to keep it all the way real, It’s many so called “black” leaders, “african-american” activists, so called revolutionaries that refuse to address the issue of Nationality.  So you see, this is much bigger than a Professor from Texas ducking the question. This is about the gigantic red and green Elephant in the room that almost everybody and they mama has been trying to avoid addressing.

The truth about our Nationality will affect every facet of life on this planet. It is going to shake up the Universe.

As a wise Universal Prophet once said, “Nationality is the order of the day”.  So I pose the question to you, what is the Nationality or National name of the so called “blacks” aka “african-americans” aka “people of color”?

Peace and Much Love to ya!